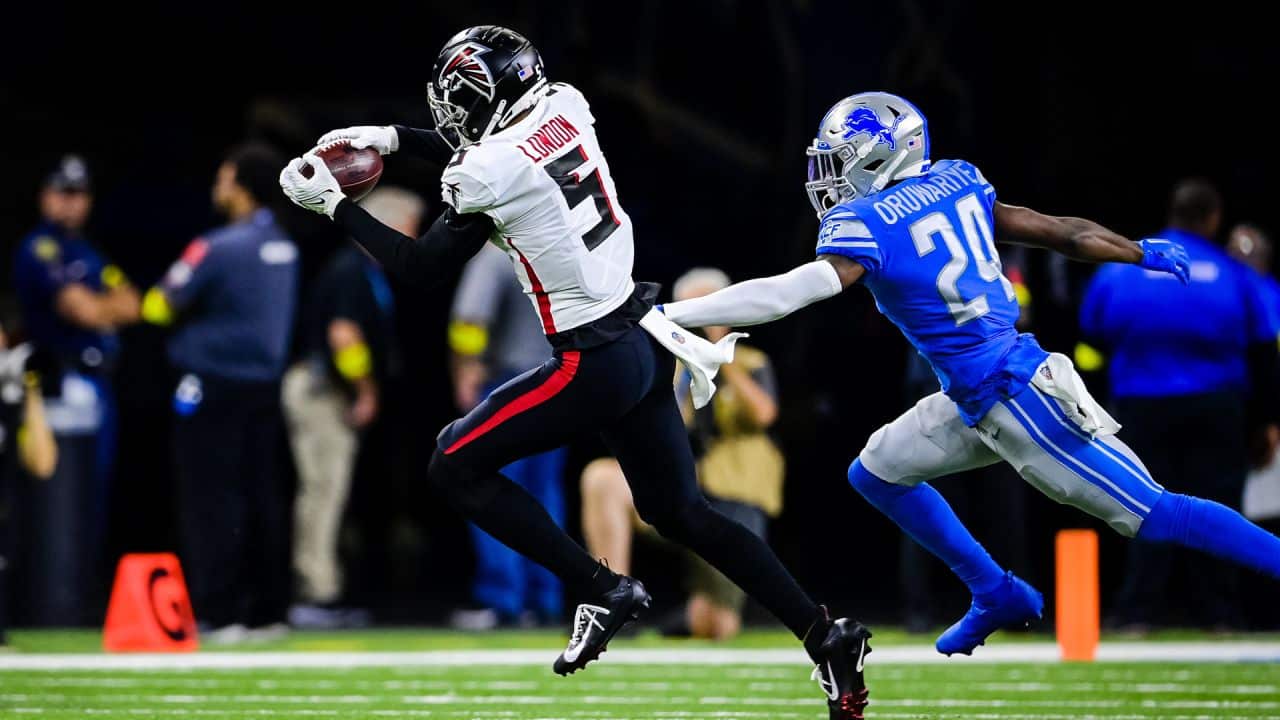 Well, preseason games have come to an end and we are finally just days away from the beginning of the regular season. We’ve had a good look at the incoming rookies this season over the last three weeks, but now it is time to separate those with actual potential from those with unrealistic hype.

With that in mind, I’d like to introduce you to my all-rookie team for the 2022 season. These are the players I expect to produce the most in fantasy at their various positions (relative to other rookies). I’m a visual learner, so the easiest way for me to suss out my favorite rookies for the 2022 season is to build a starting lineup. Check out the full squad in the visual aide below, and once you’ve marinated on that let’s dig into the why. For the last three years, we’ve had at least one QB per draft class that was a bonafide starter the minute he was drafted (Kyler Murray, Joe Burrow, Trevor Lawrence). This year? Well, it’s a bit murkier.

Kenny Pickett was the only QB drafted in the first round of the 2022 draft after three QBs went in the first three picks last year. Hand-Size Twitter had a field day. Nevertheless, upon setting foot at the team facility Pickett found himself in the middle of a QB battle with former second-overall pick Mitchell Trubisky and former third-rounder Mason Rudolph.

Head coach Mike Tomlin has never had a losing season and the pressure is on for that streak to continue following long-time QB Ben Roethlisberger hanging up his cleats.

With no clear replacement on the roster, Tomlin is left with a choice: Trubes or Pickett (apologies to Mason Rudolph)?  Well, the duo posted very similar numbers in the preseason:

Even if Tomlin ends up naming Trubisky the starter, you have to think he’d have a pretty short leash with Pickett showing plenty of juice this preseason. Pittsburgh boasts a talented group of pass-catchers as well, including Diontae Johnson, Pat Freiermuth, and another member of this all-rookie team, who give Pickett more upside if the rookie finds his footing as the starter.

If Tomlin decides at any point in the season to go with Pickett, the rookie immediately becomes a QB2 target in superflex leagues and a streaming option in your standard leagues.

The Falcons selected Drake London with the eighth overall pick in the 2022 NFL draft to pair with tight-end phenom Kyle Pitts, as the Falcons desperately needed offensive weapons.

London has the chance to cement himself as a top target for new Atlanta QB Marcus Mariota. The USC product had an 83.1% success rate vs zone coverage, a top-10 mark among Reception Perception prospects since 2016. At 6-foot-4 and 213 pounds, London has the body to be a bully wideout in the NFL. He’s a ball-tracking freak and leads this year’s rookies in total contested catches and contested catch rate, per his Reception Perception metrics. He has an opportunity to grab a significant piece of the target pie in Atlanta.

London has a great flex fantasy floor based on projected target share alone. Should his skills translate immediately at the pro level, he could post some big weeks for your fantasy team.

The Saints moved up in the draft to select Ohio State WR Chris Olave with the 11th pick. Olave joins a wide receiver room with Michael Thomas, who has played only seven games in the last two seasons, and veteran Jarvis Landry.

Olave is an elite route-runner anywhere on the field AND has a path to a sizable target share, meaning he’s a WR destined for some serious boom games.

We got a mini Steelers stack for the All-Rookie team with Pickett and Pickens. The rookie from Georgia was the 11th wideout off the board after the Steelers took a chance on Pickens after he missed most of his 2021 season with a torn ACL.

In his career as a Bulldog, Pickens averaged 15.0 yards per reception. He leads the rookie class in contested target rate and finished top-five in contested catch rate, according to Reception Perception data. So not only is he getting those lengthy targets, he’s coming down with them no matter if he has defenders draped all over him.

Pickens’s path to targets isn’t as cut and dry as some of the other rookies, but he’s having a monster preseason. Fantasy managers may have to practice patience for this rookie breakout. Still, Pickens could eventually beat out Chase Claypool to become second in targets for whoever is throwing the ball in Pittsburgh.

Did I mention he’s just got that dog in him?

Patience is a virtue, and that might be especially true when awaiting the Pickens breakout. However, if his strong preseason was any indication, he’ll continue working his way up ranks as the season progresses and could be a tremendous fantasy asset down the line.

Breece Hall terrorized Big 12 defenses for the last two years as Iowa State’s primary back. In those two seasons, Hall had 532 carries for 3,044 yards and 41 touchdowns. He’s a menace.

However, Hall might be the only rookie on this fake starting lineup that’s seen his hype diminish since the draft. Despite the Jets trading up in the second round to make Hall the first running back selected, reports from camp peg Michael Carter, a 2021 fourth-rounder, as the current RB1 in New York.

In the Jets’ final preseason game against the Giants, both Carter and Hall only played with Joe Flacco and the first-team offense. The backfield looked a whole lot like a 60/40 committee. Neither running back played a single snap with the second-team offense.

Still, Hall’s combination of talent and draft capital could end up helping him take over that lead-back role. He’s a mean runner with dual-threat fantasy upside, so anything is possible.

He’s going in the RB18 to RB20 range right now in drafts, and an RB2-type season seems well within Hall’s range of possibilities. For what it’s worth, our James Koh is SIGNIFICANTLY higher on Breece than most.

Dameon Pierce was already ascending draft boards based on his preseason play, but things got a lot spicier with RB Marlon Mack completely out of the picture, as the team released him from the practice squad on Monday. Pierce looks to be set as the RB1 for the Houston Texans.

There are some reasons for caution, though. In college, Pierce never eclipsed 600 rushing yards or 20 receptions in a single season. He’s on a below-average NFL team who will likely need to throw more to stay in games.

That being said, in fantasy football we’re often looking for opportunity and Pierce will see plenty of that. Even if Pierce loses some passing down work to veteran Rex Burkhead, he still has enough upside to land as the second running back on my all-rookie squad.

Admittedly, this is a bit of a homer pick for me. If you’ve followed me on Twitter at all I’ve been on Jelani Woods since 2020 when he was being underutilized at Oklahoma State. However, Woods used the NCAA Transfer Portal to his benefit and found himself at Virginia for the 2021 season.

Once there Woods used his athleticism to haul in 44 catches for 598 yards and eight touchdowns. Standing at 6-foot-7, and 253 pounds he fits the mold of a red-zone threat. At the NFL Combine, Woods paced all tight ends with 26 bench press reps and blazed a 4.61-second 40-yard dash, the fastest a tight end of his size has posted since 2003.

Woods was a third-round draft pick and the second tight end to come off the board. He lands on a team that just saw their TE1, Jake Doyle, retire. Woods will start the year behind veteran Mo Alie-Cox, who is also built like a truck standing at 6-foot-6 and signed a three-year extension with the team earlier this year.

Woods may have an uphill battle for targets early, but I do think that the most athletic TE since 1987 will find a way to contribute to the Colts’ offense this season. That probably won’t be enough to warrant rostering him in redraft leagues, but for DFS or bestball he’s enticing.

This one was easy-peasy. Cade York was the only kicker drafted in 2022. He has a cannon for a leg and he’s been showing it off all preseason.

My only concern is the Browns’ offense. I prefer to target a kicker on a team with a little more going for them offensively. York fell to the bottom half of my kicker rankings for 2022 but he may be a good streaming option during the season.

I love rookies, you love rookies, we all love rookies! But who am I too high on? Who do you think I’m overlooking? Let me know in the comments below. Week 1 can’t get here soon enough!

Linda is a kicker enthusiast and a running back denier. From football to fiction to food, you can find all her takes on Twitter @Lindellions.