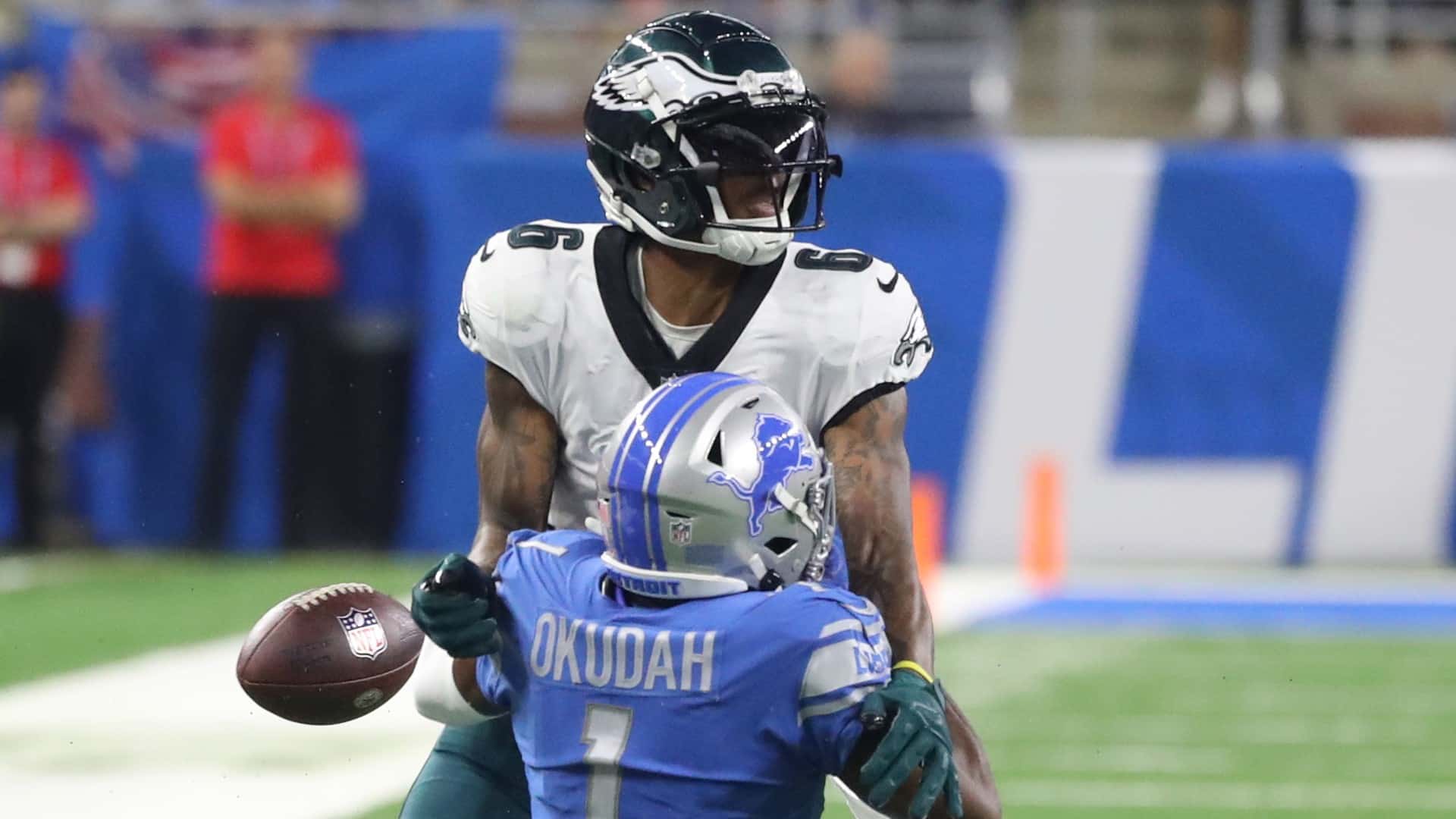 By Linda GodfreySeptember 15, 2022No Comments

Week One is officially in the books, baby! After months of speculation and hot takes, we finally have some tangible evidence on which to make judgments. And there is nothing I love more than passing judgment. No matter how many times we tell ourselves: “don’t buy into camp hype,” we still buy into camp hype. Some of those hype players soared in Week 1, but plenty more fell flat on their faces. This leaves us to wonder … is there hope for the rest of the season? Or should we write them off already? Let’s dive in.

Allen Robinson is the poster child for Week 1 disappointments. Robinson signed with the Super Bowl LVI champion Rams during the offseason and the fantasy football world rejoiced. After a decade of mediocre quarterbacks tossing him the football, he finally had a competent quarterback in Matthew Stafford.

The reality check? Robinson caught one pass on two targets for 12 yards during Thursday night’s NFL season opener. While that is far from ideal, when you dig a little deeper Robinson played 97% of the Rams’ snaps and ran routes on 96% of those snaps.

His 5.1% target share is horrendous, but there’s still hope for a rebound based purely on his frequent presence on the field running routes. Matt Harmon broke down Robinson’s Week 1 performance, including his success rate vs. coverage.

Head coach Sean Mcvay wants to get Robinson more involved in the offense. Despite this disappointing start, I’m not ready to move on from Robinson just yet and you shouldn’t be either.

This is the second week in a row that I’ve written about the fourth-round rookie running back. After the Texans released veteran Marlon Mack, Pierce was listed as the RB1 on the depth chart and he skyrocketed up draft boards. Meanwhile, it was 32-year-old Rex Burkhead who saw the majority of work for Houston on Sunday.

Pierce had 11 rushing attempts to Burkhead’s 14. However, the real discrepancy came in the passing game, where Burkhead saw eight targets (the second most) to Pierce’s one. In a world where PPR reigns supreme, fantasy running backs need to catch passes.

Another glaring difference between the two Texans backs? Pierce played just 20 offensive snaps to Burkhead’s 50. If a player is not on the field, they cannot score points.

However, if there is a silver lining it’s that head coach Lovie Smith wants to get Pierce more opportunities in the offense. Now, is this coach speak, or does Smith really mean it? Until we have an answer to that, Pierce will be riding my bench.

The sophomore wide receiver put up a goose egg to start the season. A big ol’ fat zero. If you drafted Smith in the preseason you are looking for any sign of positivity. Well pull up a chair and sit tight, sugar. I’ve got some good news for you.

Per PFF, Smith played 72 snaps, tied for first on the team. He also ran a team-high 40 routes. Remember how I just said that players have to be on the field to reel in those fantasy points? Well, Smith was on the field plenty.

He tied with RB Kenneth Gainwell and TE Dallas Goedert with four total targets, though Smith wasn’t able to haul any in. A.J. Brown was the alpha in Detroit on Sunday, commanding 13 targets from QB Jalen Hurts.

Speaking of Jalen Hurts, he knows he needs to get Smith more involved and head coach Nick Sirianni agrees. I still think AJ Brown will be the target leader in Philly but I don’t anticipate Smith laying eggs all season lon as long as his snap and route rates remain elevated. The Steelers’ rookie WR got a ton of camp hype heading into the 2022 season from fans and his head coach alike. However, when push came to shove on Sunday he was behind Diontae Johnson, Chase Claypool, and even tight end Pat Freiermuth in the pecking order.

The glass-half-full angle is that Pickens participated in 71% of Pittsburgh’s offensive snaps. More importantly, he played over 90% of the team’s passing plays. Still, he’ll have to overcome the veteran pass-catchers to find any consistent fantasy success. Pickens’s success vs. press coverage bodes well for his future in the NFL as a prototypical X-receiver. He also missed most of his 2022 season with an injury so, Week 1 Pickens likely isn’t his final form.

Pickens may need a bit more polish, but in fantasy leagues with deeper benches he’s worth stashing in case he leap-frogs Claypool or Freiermuth in target order.

The 49ers and Bears played in a torrential downpour on Sunday. So any conclusions drawn from the game should be taken with a grain (or 12) of salt.

Heading into the 2022 season, Trey Lance was a fantasy draft darling. Kyle Shanahan gave Lance the keys to the franchise, or so we thought. Now it feels a bit more like he was given a permit, with Jimmy Garoppolo’s restructured contract keeping him there in a “break glass in case of emergency” position.

On Sunday Lance completed fewer than 50% of his passes going 13-of-28 for 164 yards, no touchdowns, and an interception. He also rushed 13 times for 54 yards. Former NFL coach Mike Martz had absolutely brutal things to say about Lance to The 33rd Team following the game on Sunday.

Lance’s rushing floor is a cheat code for fantasy, but he’ll need to strengthen that completion percentage and throw a tuddie or two in order to return on his QB11 preseason ADP.

And on #49ers Trey Lance: “He's not a great passer. Doesn’t have good skills. takes him a long time to set himself and throw the football.” pic.twitter.com/K1iDU07bbB

With Week 1 in the rearview mirror, who disappointed you the most? And will you trust them in Week 2? Let me know in the comments.

Linda is a kicker enthusiast and a running back denier. From football to fiction to food, you can find all her takes on Twitter @Lindellions.